He doesn’t quite get pretending yet 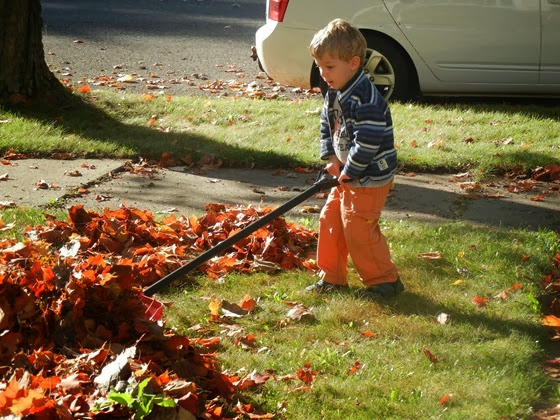 Big Brother is a sensitive soul.  His comforting hugs have gotten me through more than a few rough patches recently.  But that makes it all the funnier when we play pretend.

A few weeks ago, we were practicing for Trick-or-treating. 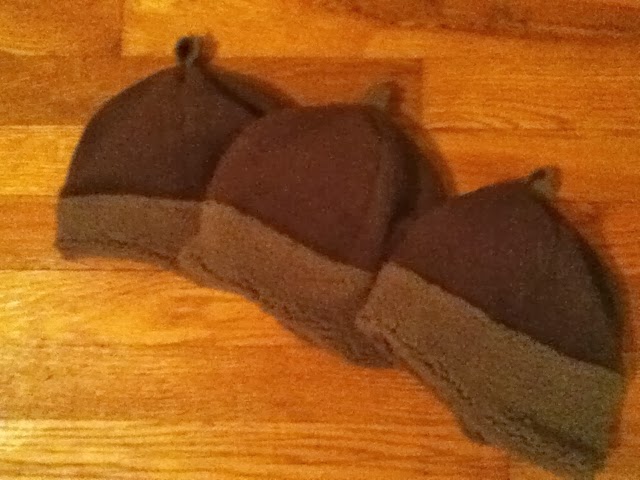 Instant gratification sewing.  Fabric purchased at 7:30, cut out at 9:20, and sewn at 10:00.  Polar fleece baby hat from Polarfleece Pizzazz.
And instant gratification blogging to (maybe) get me back in the groove, although I did have to retake my crappy iPod photo at least three times before I stopped getting the backspace and return keys confused.
Hopefully instant gratification in the reduction of time spent hunting for hats for the kids.
Posted by kathy at 9:12 PM 1 comment:

I may have a problem 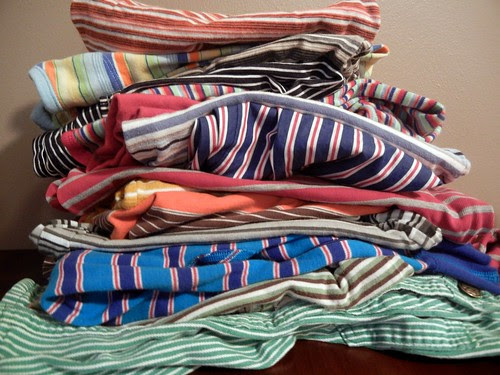 Over at Made by Rae, she’s talking about what she likes in boy’s clothing, namely color.  So that got me to thinking.  And I happened to have the laundry sitting beside me.  And it’s pretty obvious what I like.

Well, I have some grand plans for how I’m going to celebrate the boys in my life, but it’s good to start small, right? 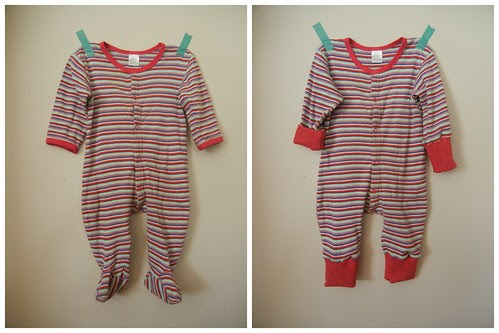 These pajamas are totally cute, and I love them.  But my kid is large-of-foot and long of limb, so I cut off the existing cuffs and feet and added my own.  Super comfy and super cute.  And that marked the end of my successes. 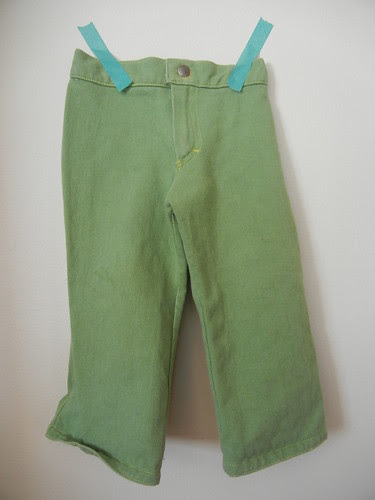 These pants just needed the male half of a snap.  Unfortunately, the waistband is super-thick, and try as I might, it was not to be.  I’m looking for someone local with an industrial snap press, but I’m not super-optimistic that I’ll find someone before the pants are outgrown.  Particularly since I made these pants almost a year ago.  Luckily I have another kid! 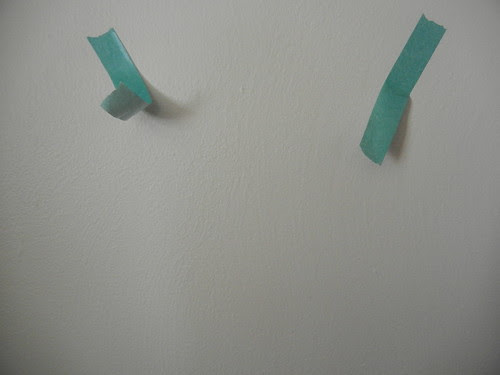 Speaking of failures, the washi-tape-on-the-wall trick always looks super cute when other bloggers do it.  But this is what kept happening to me. 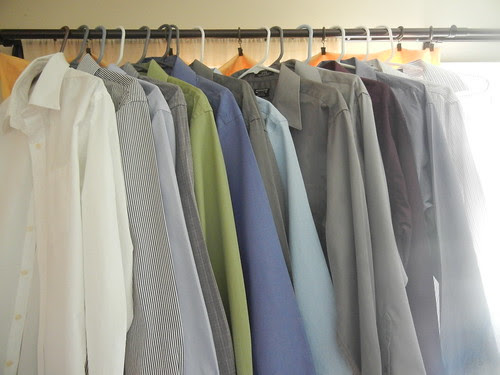 And then I took a timeout to celebrate the big boy in my life.  The one who goes to work so we can stay home and play.  Thanks honey!

So here’s a little timeline of life lately:

Christmas break—Decide it’s time to educate myself.  Tell A. that his birthday present to me is a Curves Sewing Class.

January 3—Register for the class, cut out a little bag for my birthday buddy.

January 5—Work on the bag.  In the middle, hear sewing machine go ker-chunk.  And stop.  Completely.  Call Mom to ask if there’s anything she thinks I should try.  We agree that it’s probably best to take it in (it’s been a while since it’s had a tune-up, but still!)

January 10—Actually have a chance to take the machine into the repairman.  It’s going to be three weeks.

January 14—Curves class begins.  I read along, but it’s totally a hands-on class.  I do things I should be doing anyway, like cleaning my basement, organizing the Christmas haul, and cleaning the floor under my table (which has become decidedly more of a challenge due to Little Brother’s eating preferences).  But, it’s still sad.

January 27-29—Everyone feels yucky.  At first, I attempt life as usual, which results in me carrying Big Brother out of Target wrapped in my coat because his pants are a lost cause.  The next day, I wised up and everyone took extra naps. 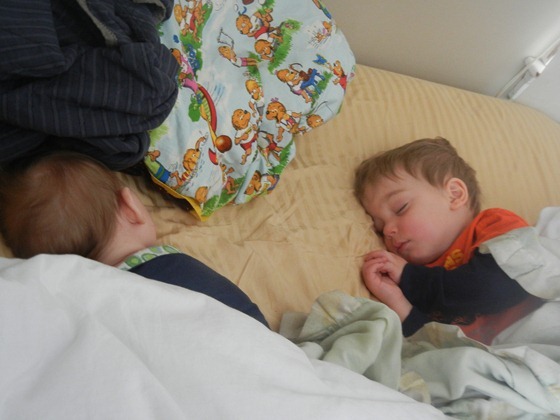 January 30—My machine is well again!  I pack up the boys and go pick it up that very afternoon.  That evening I did the first project from the Curves class—a scalloped bunting. 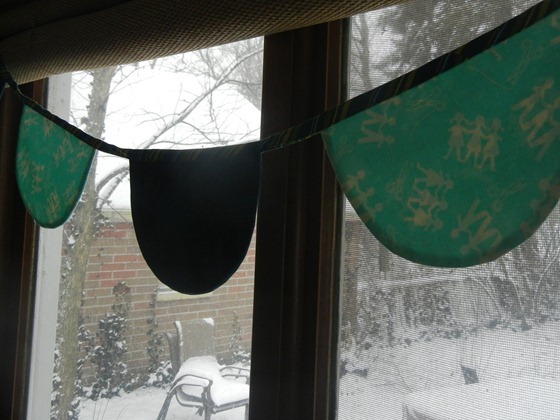 Beginning of February—I was a good girl and continued to clean the basement rather than exclusively returning to sewing.  I did finish the little bag (really cute, but I forgot to get a picture), and I did two more of the curves class projects (which I apparently haven’t taken pictures of yet).

February 15-18—The motivation for my basement cleaning shows up in the form of the birthday buddy herself, her parents, and her brother.  We had a grand time. 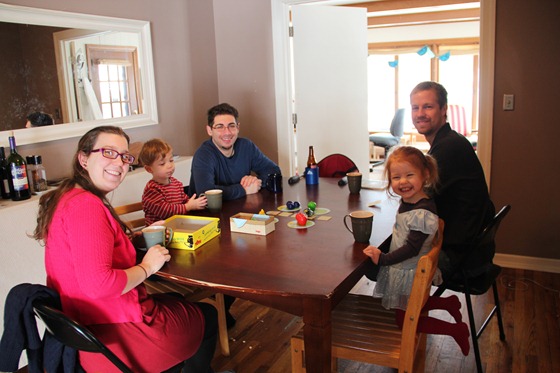 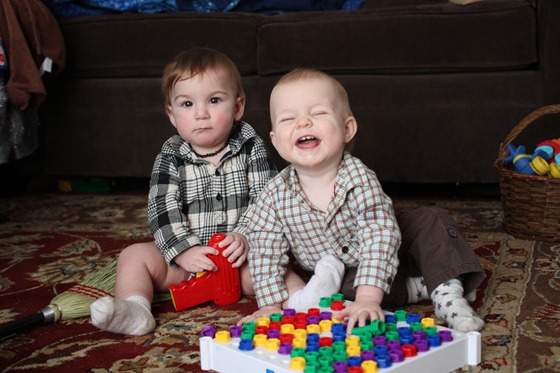 (Photos courtesy of Morgan MacDonald, who unfortunately stayed behind the lens.  Contact her for your editing needs).

So what’s in store for the future?  Well, Celebrate the BOY is coming up, and I kind of want to play along.  I was going to make my Easter clothes first, but I think I’ll reorder things a little.

And before that?  A couple more curves projects that I’ve already pulled fabric for.

And sometime?  I’ll get to the other half of the basement. 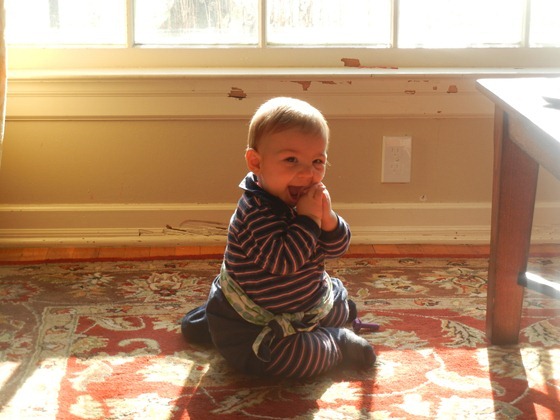 What a great smile, right?

I’ve already already revealed the biggest accomplishments recently, but we’ve got some catching up to do.  Little Brother’s newfound mobility means lots of new interesting things to investigate, including the printer (a past favorite of his brother’s), the front window, and our basket full of balls (the knobbly football is particularly fun, as it doesn’t seem to roll the same way the others do).

He is also quite the eater, now that his parents have gotten with the program and stopped trying to put those silly spoons in his mouth.  His favorite food for flavor and ease of eating is blueberries, and I’m having quite a time keeping up with the demand, since Big Brother demands “berries table” too.

He likes to be where the action is most of the time, but plays pretty well on his own at happy times.  He and Big Brother are sharing a room now, but I’m not sure either one really notices (The three of us had some kind of stomach bug earlier this week and we took a nap together in my bed.  Big Brother definitely noticed that one.  He’s been fixated on it since).

His hair, which is light brown (of the variety that I predict will end up being dark brown)  could stand a trim around the ears and in the back.

He has two teeth (since before Christmas) and another one is coming in on top.

He doesn’t like getting in his car seat, though doesn’t seem to mind it once he’s there.  He enjoys being the shopping cart seat-rider for short periods, and even got to exercise his stroller riding skills while we were in California.

We love you Little Brother! 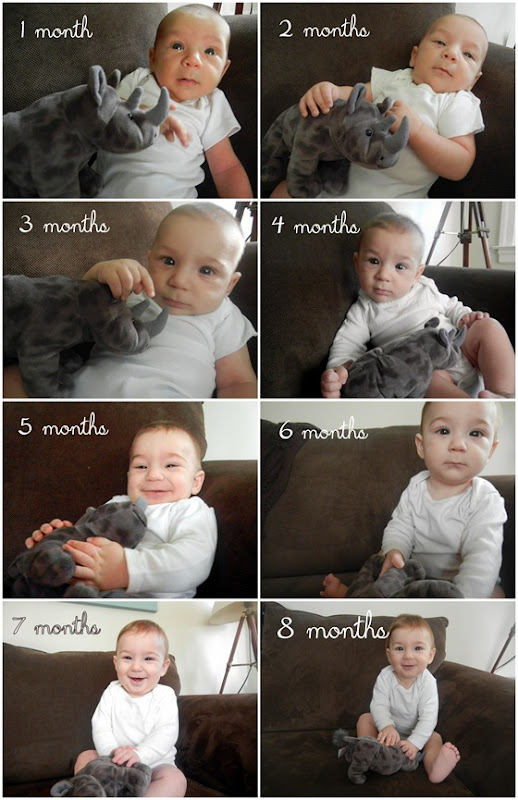 He sits! He crawls! He stands! 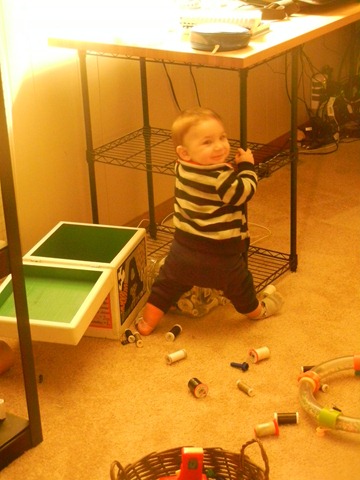